What was, what will be

While these reflection and resolution posts are everywhere, I think it’s useful to look back and consider what’s been, and look forward to what’s yet to come. It feels foolish to move all the way through with eyes closed. This is probably the kind of post that benefits me more than it benefits you, the reader, but some element of public engagement usually helps with accountability. And I know I’ve been enjoying everyone else’s posts about their resolutions, so maybe you will too. 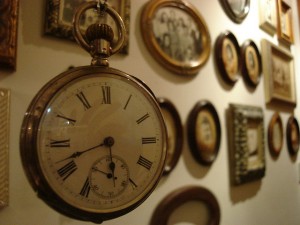 2014 was Honours – I wrote a project and exegesis about food and memory. I worked harder than I have on anything before, and I said no to so much in order to finish the year with a piece of work I’m happy with. I travelled more in 2014 than I ever have as an adult, and got along to more festivals and events outside of Melbourne. I jumped the desk, speaking and presenting at a writers’ festival. I applied for a lot of things, and got knocked back a lot. I picked myself back up. I finished the year deeply uncertain of my readiness to move into full-time writing, a bit bummed about being rejected lots in a short time frame, and in need of a big break but really bad at ‘doing nothing’.

Last year there wasn’t much blogging here, because I was blogging elsewhere. In blogging the progress of a project, I found that I was able to reflect better on my work – what had succeeded, what hadn’t, what I’d learned, where I’d gone wrong. It’s changing the way I’m blogging here – I’m trying to move toward more of a scrap-booking model, pulling in bits of inspiration and interest as well as the longer things I’ve normally done like reviews. I also got a lot out of reading Austin Kleon’s Show Your Work recently, and mean to share more often.

In 2014, my working habits changed. I learned a heap about organisation and time-management, and these things have stuck. I’m now a super warrior of getting shit done (particularly useful habits acquired: bullet journalling and pomodoros). This is lucky, because for a large part of 2014 I held down two part-time jobs and did Honours full-time. In August, I dropped one of the jobs, but still never really had two spare minutes to rub together. I loved it, as I never had time to agonise or procrastinate, but I did need to be particular about how I got everything done. I’m looking forward to 2015 being a more productive year than ever.

If you look at my reading list of books completed in 2014, it looks pretty dismal – I finished 12 books, two of which were for review. The gender split of authors is even, and I feel like what I read covered a pretty broad variety of books. However, those 12 books represent such a piddling portion of what I read in 2014. The majority of 2014’s reading came from articles (and chapters). So. Many. Articles. I actually really enjoyed what this did for my reading though, I felt like I was more connected to ideas – in 2015 I’ll be sharing more of the short things I’ve enjoyed.

I also learned that research continues – writing is research. Rather than reading, making my mind up, and beginning to write incorporating what I’ve learned, I now read and write alongside one another, in a cyclical way. The writing I end up with is better, more considered, genuine.

I’ve always kind of poo-pooed mantras as being too new age for me – telling yourself something over and over doesn’t make it real. However, I do think that having some guiding principles helps to set up a true north for the ways that you act, and the things that you value. So for 2015 I’ve got a mantra.

I’m surrounded by stuff. A lot of my stress-releases last year were about acquiring stuff – little stuff, most often. Nail polishes, cook books, stitching gear. Looking around myself now, I’ve noticed that I really have a lot, and I use very little. In 2015 I will use what I have. I will share more. I will have good nails and make good craft and cook the recipes I’ve got, and when I end up with too much good food I’ll share it with the people I love. I won’t sit on ideas, I’ll execute them as soon as I can. Speed, kindness, productivity, less wastefulness and hoarding.

I also want to ‘use up’ the unfinished project that Honours has left me with. While it’s self-contained as-is, I’d like to see it somewhere. I’d like to keep working on it. I’ll ‘use it up’ too, rather than letting it sit in a drawer.

I’ve missed saying yes to things in 2014, so 2015 is my space to stretch my wings again. I’ve realised in the last month or two that while I’ve been working hard, I also need to reacquaint myself with freelancing work and get back in the groove of writing more varied things regularly. I’ve also wilfully said no to a lot of things I regret – social things, mainly. I need to get back in the world after my year of being a hermit. I need to say yes.

And finally, I need to stop. I’m making more of a priority of meditating regularly, and of being mindful before making snap decisions, judgements, or communicating anything I’ll later regret. I’m promoting calm and slowness.

What did you learn in 2014, and what are your resolutions for the new year?

3 thoughts on “What was, what will be”