A Month of Reading

It’s the end of another month, and we’re officially moving into MWF festival-month. Working festivals is paradoxical – you’re surrounded by writers and books, but have increasingly less time to read the more actual the festival becomes. Never fear though, there’s a massive binge on the other side, and it happens with a renewed passion after seeing many amazing writers speak.

But that’s next month. I got through a few books this month, two of which are by MWF guests. 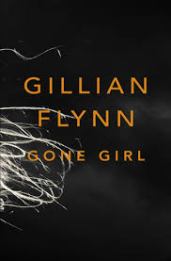 Gone Girl has been such a popular book in the last few months that I couldn’t just ignore it. Like most best-sellers, it was compelling stuff. A murder mystery, which is something I generally wouldn’t be interested in reading. It’s impossible to review, because of its Fight Club-esque twist – you can only do it once, and after it’s done everything is changed. So I won’t go into the plot, I’ll just say that Gillian Flynn has a good eye for society, and I enjoyed this about her book. Some of the writing is a bit icky, you can almost see Flynn at her desk writing around cliches so much that they’re obvious. But the pages turned themselves, and the twist got me. 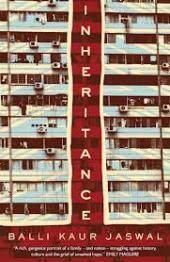 Anything from Sleepers Publishing is generally a good bet. I found Inheritance to be a really strange book, in a good way. It’s just as much about the passage of time within a family as within a nation, following one Indonesian family through Singapore’s coming of age. It’s a bit of a quiet story. While I was reading I wasn’t particularly struck by the beauty of the prose, or the plot, or anything much at all. But when I finished the book and put it down, I felt like I’d just been through something with some very real characters. And that probably means more than the loud books.

How The Light Gets In by MJ Hyland

I knew nothing about this book, or MJ Hyland, apart from her presence at MWF 2013. Thought I’d better read it, and I’m so glad I did. How The Light Gets In is about a teenage girl, Lou, who goes to the US on exchange. She comes from a low socio-economic background, and is hosted in the US by quite a wealthy family. Despite her fantasies of escaping her life in Sydney to this new trouble-free zone, Lou manages to bring her problems with her. This book made me question a lot though, like whether Lou was dysfunctional, or just had trouble fitting in and had troublesome coping mechanisms. And what it is about teenage thinking that makes everything sparkle, and how MJ Hyland managed to harness that so well in this novel.
How The Light Gets In is intelligent, quirky and funny. So many passages needed to be read-aloud to people around me. A great many others were written in my notebook, squirreled away.

What did you read in July?

a month of reading, balli kaur jaswal, gillian flynn, gone girl, how the light gets in, inheritance, july, mj hyland

10 thoughts on “A Month of Reading”