Review: The Summer Without Men, by Siri Hustvedt 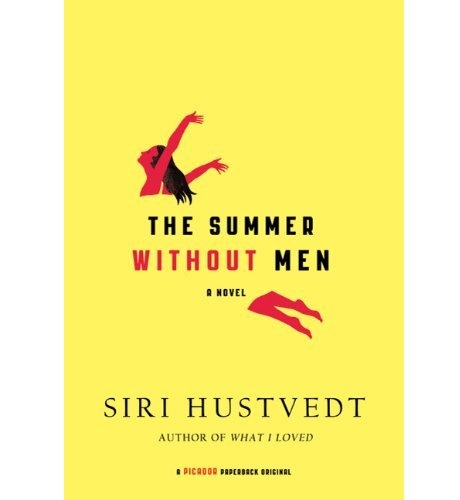 Having been cheated on, poet Mia retreats first to “temporary psychosis”, and then to the small town of Bonden. This is where her mother lives in a retirement home, and where Mia comes to know and love the small community’s members.

The characters we meet in Bonden are fully-formed, convincing people who live lives outside the pages of the novel. The doubled-over Abigail, whose “secret amusements” buoy Mia’s spirit. The group of seven young poetesses that Mia teaches to express themselves, and eventually to understand one other. Lola and Flora, mother and daughter under the tyrannous rule of husband/father (and Mia’s next-door neighbour) Pete. The connections that Mia makes with these people during her stay in Bonden are what holds this book together, but they’re not all the book is.

Siri Hustvedt is clearly a well-educated woman with a very active and working brain. She casts a wide net with her protagonist’s musings, from Neitzsche and Husserl, to the male/female divide and the nature of memory. Mia’s ponderings are of a specific sort, and it’s clear that Hustvedt has given thought to her protagonist’s concerns, thinking about Mia’s life experiences and where she is currently in her life, and how this would affect the things she particularly relates to. Indeed, Mia’s thoughts aren’t just from the point of view of a poet, but from a poet who is married to a neuroscientist and mother to a now-grown young woman.

Quite intellectually challenging ideas are presented accessibly, but also appropriately. At no stage do the characters become mouthpieces for Siri Hustvedt to show off her smarts, nor do said smarts stick out from the narrative as inappropriate – the characters and the theory stuff always work hand-in-hand, commenting on one another, strengthening each other’s credibility and aliveness.

The emotional content of the book sings just as much as the intellectual – the two are not mutually exclusive and they wind together in the prettiest way. In particular, Mia’s thoughts on her time in a psychiatric ward are considered and insightful.

Siri Hustvedt’s prose is beautiful. When I read passages I particularly enjoy in a book, I tend to write them down. I started doing this in The Summer Without Men, but a few pages in I realized that if I kept this up, I would just end up transcribing the entire novel into my notebook, so I might as well just sit down and enjoy the damn thing for what it is. It is beautiful.