The Terror of Actually Writing 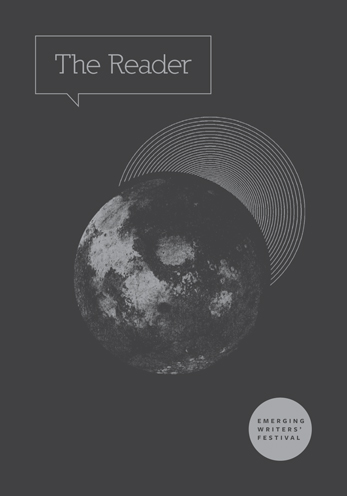 Today’s post was prompted by John Pace’s article in The Reader (pictured left), titled “Re-Draft with Craft”. It got me thinking about drafting, something I truly struggle with (and I suspect a lot of people do… like Dan Brown, and Bryce Courtney’s more recent work?)

While Pace’s article is directed at screenwriters, I believe it applies to all forms of writing, or even all forms of anything that requires drafting.

Pace gives some fantastic advice about drafting (obvious, yet helpful – this is how most creative-type advice seems to be, especially the helpful stuff), such as cutting out unnecessary “hangover” words in order to write punchy, economic pieces. What stood out to me most about this article, though, is something that spoke to my constant fear of starting.

I have long embraced the term “vomit draft” to describe that first terrifying committment of word to page. I pussyfoot around a piece, thinking on it for too long, scrapping it before I even get it onto a page. Pace suggests the more apt rule, “be wrong as fast as you can”, coined by Andrew Stanton (screenwriter of Wall-E and Finding Nemo). “Just get it down,” says Pace. “Don’t worry about its merit”.

Yes, I needed to be told this. I’m not a brave writer.

Later in the reader, Simonne Michelle-Wells, (in “A Letter to my Younger Self (from the time machine)” ) sits her younger self down for a chat, saying:
“You didn’t draft enough. Drafting and editing are not the same things and you happily convinced yourself they are. Editing requires sweat. Drafting requires blood. Tossing out an errant comma and deleting reams of superfluous adjectives is a leisurely jog compared to the marathon of unpicking a rambling narrative arc or killing off characters in the name of expediency.”

For such a long time, I have convinced myself of the same thing. Pace talks about one screenwriter who sits down to re-draft in front of a blank page. No cut-copy-paste, this writer starts again from scratch, with faith that the ideas that count will resurface.

THAT is brave writing.

Monica Wood’s “Pocket Muse” tells writers, “you have to be willing to write badly“… and I think that’s the key here. Without a willingness to “be wrong, as fast as I can,” I can’t even start to get it wrong. I’m too safe, too much of the time.

4 thoughts on “The Terror of Actually Writing”